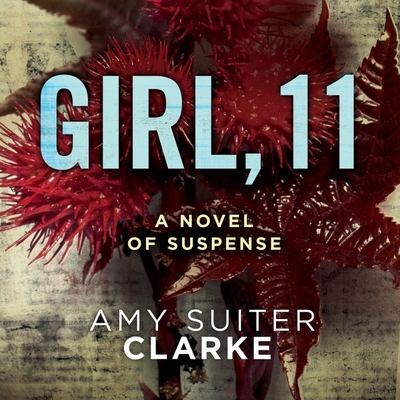 By Amy Suiter Clarke
$25.00
Available to Ship From Our Warehouse

Once a social worker specializing in kids who were the victims of violent crime, Elle Castillo is now the host of a popular true crime podcast that tackles cold cases of missing children in her hometown of the Twin Cities. After two seasons of successfully solving cases, Elle decides to tackle her white whale—The Countdown Killer. Twenty years ago, TCK abruptly stopped after establishing a pattern of taking and ritualistically murdering three girls over seven days, each a year younger than the last. No one’s ever known why—why he stopped with his eleventh victim, a girl of eleven years old, or why he followed the ritual at all. When a listener phones in with a tip, Elle sets out to interview him, only to discover his dead body. And within days, a child is abducted following the original TCK MO. Unlike the experts in the media and law enforcement who have always spun theories of a guilty suicide, Elle never believed TCK had died, and her investigation was meant to lay that suspicion to rest. But instead, her podcast seems to be kicking up new victims.

Amy Suiter Clarke is a writer and communications specialist. Originally from a small town in Minnesota, she completed an undergraduate in theater in the Twin Cities. She then moved to London and earned an MFA in Creative Writing with Publishing at Kingston University. She currently works for a university library in Melbourne, Australia.

“Clarke knows how to get a reader’s heart hammering.”
—Candice Fox, international bestselling author of Never Never and Crimson Lake

“Amy Suiter Clarke comes out of the gate running with a confident and riveting debut perfect for fans of Karin Slaughter and Meg Gardiner. GIRL, 11 follows the host of an investigative podcast tracking a bloodthirsty serial killer as he counts down to his youngest victim yet. I bit my nails through every twist in this pitch-perfect thrill-ride--and teared up at its commitment to honoring victims of violence everywhere.”
—Amy Gentry, bestselling author of Good as Gone and Bad Habits

“Delectably tense and terrifying, GIRL, 11 introduces us to a dormant serial killer and the podcaster who will risk everything—even her own life—to uncover his identity. With psychological precision and electric storytelling, Amy Suiter Clarke has created a thriller that feels ripped from the headlines, her Countdown Killer becoming as real to the reader as the Golden State Killer or BTK. True crime fanatics will find their new obsession in this dark, page-turning debut.”
—Megan Collins, author of The Winter Sister and Behind The Red Door

“GIRL, 11 is a powerful, engaging debut from Amy Suiter Clarke—and gives readers a memorable, genuine protagonist in Elle Castillo. Clarke crafts a tale of obsession, dark histories, and one woman’s quest to bring a terrifying killer to justice, GIRL, 11 is delivered with poise, style, and cunning - making it impossible to put down.”
—Alex Segura, acclaimed author of Miami Midnight, Poe Dameron: Free Fall, and Blackout

“Twisty and tense! GIRL, 11 is a stirring and stunning tale of secrets, saviors and serial killers. This story stays with you long after you've reached the last page!”
—Rachel Howzell Hall, author of the critically-acclaimed And Now She's Gone, They All Fall Down, and the Detective Lou Norton series

“GIRL, 11 is a chilling, expertly-constructed thriller that strikes the perfect balance between page-turning twists and piercing commentary on the true cost of crime. If you devoured I’ll Be Gone In The Dark, Amy Suiter Clarke’s debut is about to be your new obsession.”
—Layne Fargo, author of Temper and They Never Learn

“In this remarkable debut, Amy Suiter Clarke weaves together narratives from a true crime podcaster’s real life and her broadcasts as she tracks down a serial killer who may have returned after years of lying in wait. This compelling and skillfully crafted story will keep readers glued to the pages. GIRL, 11 is current, twisty, and utterly irresistible!”
—Wendy Walker, bestselling author of Don’t Look for Me