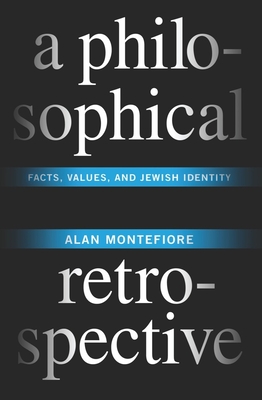 As a young lecturer in philosophy and the eldest son of a prominent Jewish family, Alan Montefiore faced two very different understandings of his identity: the more traditional view that an identity such as his carried with it, as a matter of given fact, certain duties and obligations, and an opposing view, emphasized by his studies in philosophy, according to which there can be no rationally compelling move from statements of fact--whatever the alleged facts may be--to "judgments of value." According to this second view, individuals must in the end take responsibility for determining their own values and obligations. In this book, Montefiore looks back on his attempts to understand the nature of this conflict and the misunderstandings it may engender. In the process, he illustrates through personal experience the practical implications of a characteristically philosophical issue. Montefiore finally settles on the following: while everyone has to accept that facts, including those of their own situation, are whatever they may be, both the "traditional" assumption that individuals must recognize certain values and obligations as rooted in those very facts, and the contrary view that individuals are ultimately responsible for determining their own values, are deeply embedded in differing conceptions of society and its relation to its members. Montefiore then examines the misunderstandings between those for whom identity constitutes in effect a conceptual bridge connecting the facts of who and what a person may be to the value commitments incumbent upon them, and those for whom the very idea of such a bridge can be nothing but a confusion. Using key examples from the notoriously vexed case of Jewish identity and from his own encounters with its conflicting meanings and implications, Montefiore depicts the practical significance of the differences between these worldviews, particularly for those who hove to negotiate them.

Alan Montefiore, formerly a fellow and tutor in philosophy at Balliol College, Oxford, is president of the Forum for European Philosophy at the London School of Economics. He has researched and published on a wide variety of topics, including moral and political philosophy, contemporary French philosophy, philosophy of education, and issues of identity and responsibility. He is the author and editor of a number of books, including Philosophy in France Today, The Political Responsibility of Intellectuals, Modern Introduction to Moral Philosophy, British Analytical Philosophy, and Philosophy and Personal Relations: An Anglo-French Study.