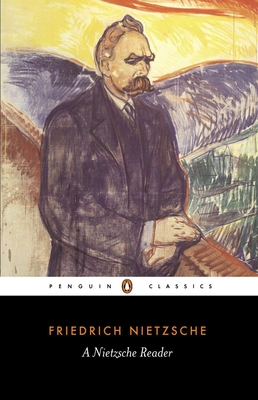 The literary career of Friedrich Nietzsche (1844-1900) spanned less than twenty years, but no area of intellectual inquiry was left untouched by his iconoclastic genius. The philosopher who announced the death of God in The Gay Science (1882) and went on to challenge the Christian code of morality in Beyond Good and Evil (1886), grappled with the fundamental issues of the human condition in his own intense autobiography, Ecce Homo (1888). Most notorious of all, perhaps, his idea of the triumphantly transgressive übermann ('superman') is developed in the extreme, yet poetic words of Thus Spake Zarathustra (1883-92). Whether addressing conventional Western philosophy or breaking new ground, Nietzsche vastly extended the boundaries of nineteenth-century thought.

Friedrich Nietzsche was born near Leipzig in 1844, the son of a Lutheran clergyman. At 24 he was appointed to the chair of classical philology at Basle University, where he stayed until forced by his health to retire in 1879. Here, he wrote all his literature, including Thus Spake Zarathustra, and developed his idea of the Superman. He became insane in 1889 and remained so until his death in 1900. R. J. Hollingdale translated eleven of Nietzsche's books and published two books about him; he also translated works by, among others, Schopenhauer, Goethe, E. T. A. Hoffmann, Lichtenberg and Theodor Fontane, many of these for Penguin Classics. He was the honorary president of the British Nietzsche Society. R. J. Hollingdale died on 28 September 2001.