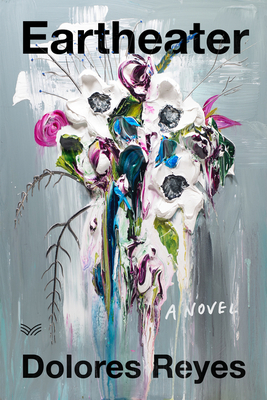 “This an example of a beautifully translated work with a gripping concept. The main character’s compulsion to eat earth felt visceral, the writing enigmatically lyrical. I couldn’t put it down, yet I had to force myself to absorb this book painfully slowly, so as to not let it pass me by.”
— Tori-Lynn Bell, House of Books, Kent, CT

NAMED A "FALL 2020 MUST-READ" AND ONE OF THE "BEST BOOKS OF FALL 2020" BY TIME, VULTURE, THE BOSTON GLOBE, COSMOPOLITAN, WIRED, TOR AND MORE

Electrifying and provocative, visceral and profound, a powerful literary debut novel about a young woman whose compulsion to eat earth gives her visions of murdered and missing people—an imaginative synthesis of mystery and magical realism that explores the dark tragedies of ordinary lives.

Set in an unnamed slum in contemporary Argentina, Eartheater is the story of a young woman who finds herself drawn to eating the earth—a compulsion that gives her visions of broken and lost lives. With her first taste of dirt, she learns the horrifying truth of her mother’s death. Disturbed by what she witnesses, the woman keeps her visions to herself. But when Eartheater begins an unlikely relationship with a withdrawn police officer, word of her ability begins to spread, and soon desperate members of her community beg for her help, anxious to uncover the truth about their own loved ones.

Surreal and haunting, spare yet complex, Eartheater is a dark, emotionally resonant tale told from a feminist perspective that brilliantly explores the stories of those left behind—the women enduring the pain of uncertainty, whose lives have been shaped by violence and loss.

Translated from the Spanish by Julia Sanches

Dolores Reyes was born in Buenos Aires in 1978. She is a teacher, feminist, activist, and the mother of seven children. She studied classical literature at the University of Buenos Aires. Eartheater is her first novel.

“One of the most outstanding Latin American short novels of the year.”
— New York Times

“A powerful story whose narrator wields brutally honest observations on the intersections of class, poverty, and gender. Reyes’ debut is a strong addition to the growing body of Latin American crime fiction in the U.S. market. A stirring genre blend of fantasy and crime fiction that combines graceful prose and magic realism.”
— Booklist (starred review)

“Reyes succeeds in making the feisty Eartheater and her visions both persuasive and affecting.”
— Library Journal (starred review)

“In a voice that is terse, blunt, and biting, the narrator reckons with the impact of her visions on her health and relationships, as she witnesses more and more the ways fear and violence shape the experiences of the women in her community. Compelling and visceral, Reyes’ debut combines mystery and coming-of-age to evoke the stories of the victims of femicide.”
— Kirkus Reviews

“A raw and vital literary debut, Eartheater takes an unwavering and visceral look at systems of power through the perspective of a young woman caught in the crosshairs.”
— Shelf Awareness

"In Reyes' hands, this coming-of-age novel flowers into a meditation on death, and the earth all children will eat in the end."
— New York Observer

“Dolores Reyes’s writing is visceral and urgent. It’s also connected to a powerful tradition of fantasy and crime, and it reflects on violence against women with enormous lucidity.”
— Mariana Enriquez, author of Things We Lost in the Fire

"With its own shining light and singular voice, Eartheater follows in the footsteps of such essential authors as Juan Rulfo and Sara Gallardo.”
— Selva Almada, author of The Wind That Lays Waste

“Dolores Reyes’s harsh and sensitive lyricism explodes in your hands.”
— Gabriela Cabezón Cámara, author of The Adventures of China Iron