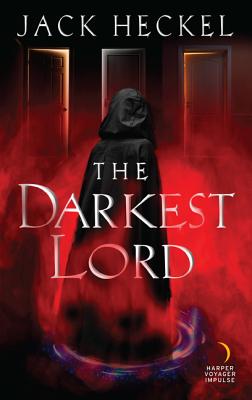 By Jack Heckel
$8.99
Not available for purchase

This is book number 3 in the The Mysterium Series series.

In the epic conclusion to Jack Heckel’s whimsical fantasy series, Dark Lord Avery Stewart must join the Company of the Fellowship in a frenzied war against Moregoth and the corrupt forces of Mysterium. . . and destroy the magical artifact fueling the interworld chaos

In The Darker Lord, Avery Stewart learned a terrible truth about Mysterium: the home of his beloved university and the reality-center of the multiverse is not the world he thought it was. The true Mysterians, innately endowed with the power to manipulate reality, were displaced eons ago by the subworlders with whom they shared their magical teachings, and written out of the reality pattern of their own world. For years they have lived in exile in the subworld of Trelari, shielded from the Mysterian pursuit led by Moregoth and the Sealers. That is, until Valdara, the warrior queen of Trelari, reopened the subworld to the rest of the multiverse and challenged the Mysterium to a final showdown.

One year later, a violent war of worlds drags on, and Avery can’t help feeling that all of this is his fault.

But the good news (if you can call it that) is that Avery might hold the key—literally, a key—to ending the suffering and saving Trelari. For Avery possesses the Reality Key, a magical artifact with the power to bend reality to one’s will, often to the immediate detriment of entire worlds. . . and, if it falls into the hands of the Mysterian forces, much more. To protect his friends, save Trelari, and bring order to Mysterium, Avery will need to do the unthinkable: travel to the heart of Mysterium, destroy the Key, and rewrite Mysterium’s reality pattern to restore balance to the multiverse, once and for all.