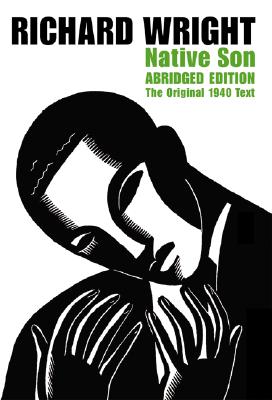 By Richard Wright
$16.99
Not available for purchase

“If one had to identify the single most influential shaping force in modern Black literary history, one would probably have to point to Wright and the publication of Native Son.” – Henry Louis Gates Jr.

Right from the start, Bigger Thomas had been headed for jail. It could have been for assault or petty larceny; by chance, it was for murder and rape. Native Son tells the story of this young black man caught in a downward spiral after he kills a young white woman in a brief moment of panic.

Set in Chicago in the 1930s, Richard Wright's powerful novel is an unsparing reflection on the poverty and feelings of hopelessness experienced by people in inner cities across the country and of what it means to be black in America.

This abridged edition of Native Son reprints the original edition from 1940. It also includes an essay by Wright, How "Bigger" was Born, as well as an afterword by John Reilly.

Richard Wright won international renown for his powerful and visceral depiction of the black experience. He stands today alongside such African-American luminaries as Zora Neale Hurston, James Baldwin, and Toni Morrison, and two of his novels, Native Son and Black Boy, are required reading in high schools and colleges across the nation. He died in 1960.

“The most powerful American novel to appear since The Grapes of Wrath. . . so overwhelming is its central drive, so gripping its mounting intensity.” — The New Yorker

“An enormously stirring novel. . . a story to trouble midnight and the noon’s repose and to haunt the imagination.” — New York Times

“The Library of America has ensured that most of Wright’s major texts are now available as he wanted them to be read.” — Alfred Kazin, New York Times Book Review

“A novel of tremendous power and beauty.” — Newsweek

“There have only been two books in my life that have made me cry: the first 50 pages of Jane Eyre and the last 50 of Native Son. . . . Richard Wright’s masterpiece is in the school of protest novel. . . Native Son taught me that it’s all right to have passion within your work, that you don’t need to shy away from politics in order to write fiction.” — Gloria Naylor

“It’s difficult to write temperately of a book which abounds in such excitement, in so profound an understanding of human frailty.” — New York Herald Tribune

“For terror in narrative, utter and compelling, there are few pages in modern American literature that will compare with this story.” — Saturday Review

“This new edition gives us a Native Son in which the key line in the key scene is restored to the great good fortune of American letters. The scene as we now have it is central both to an ongoing conversation among African-American writers and critics and to the consciousness among all American readers of what means to live in a multiracial society on which power splits among racial lines.” — Jack Miles, Los Angeles Times